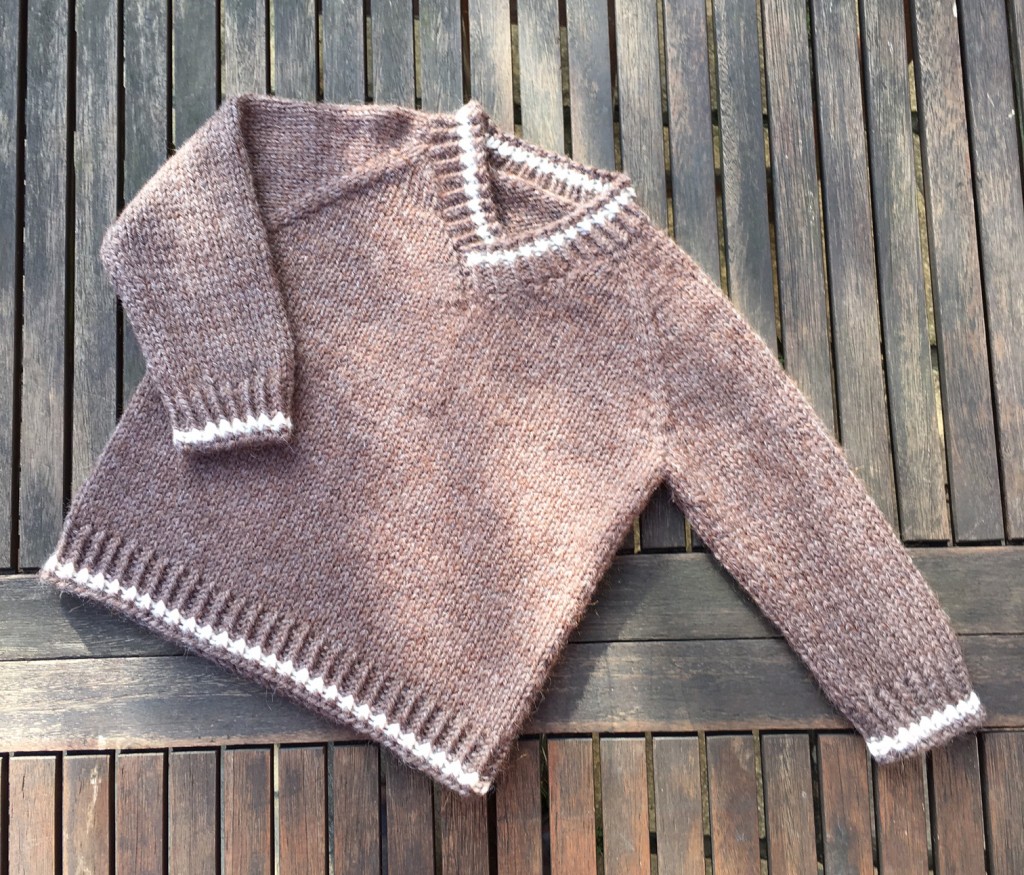 As an indie pattern writer, I appreciate the importance of test knitters and crocheters. These are dedicated people that devote their time, yarn and feedback to test patterns – usually free of charge. They help spot errors, typos and layout issues and offer suggestions on re-wording and clarity. They can also give feedback on the finished item such as size and design issues. Without these kind and dedicated testers, many indie designers would struggle to produce quality patterns.

Testers are definitely not a replacement for “tech editors” but they are a vital part of the pattern writing and publishing process. Finished projects, especially if they are well executed and photographed, are a great way for the designer’s work to be publicised. 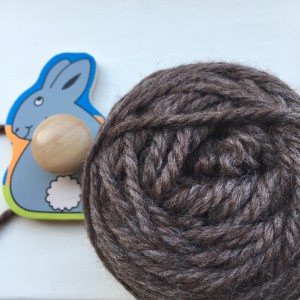 As part of the indie design community I like to contribute by test knitting/crocheting other designers’ patterns. One of my most recent test knits was for the designer Danskknit who contacted me, asking if I’d test knit her “Normandie” sweater.

This is a simple, top down, v-neck sweater knit seamlessly in an Aran weight yarn. My 18 month old, Marco, is actually a little short of sweaters so I saw this as a way to kill two birds with one stone! Plus, I have been waiting for an excuse to use the Artesano Aran which is one of my favourite yarns.

It was an enjoyable test knit with a very satisfying result – a very warm good looking sweater that’s a perfect fit! I think I might even make him another!
The pattern hasn’t been published yet – but once it is, I’ll add a link to this post. 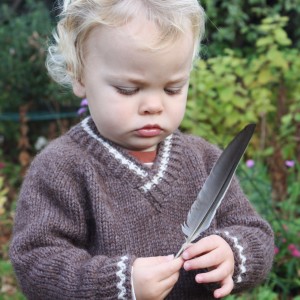 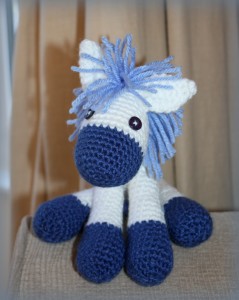 Pattern Details
Horse and Unicorn Crochet Pattern
“The finished horse or unicorn has legs that can move so that it can sit or stand. It is about 10″ tall (depending on how thick your yarn is).”
Designed by Melissa Bastow
Available from her Etsy store, missybdesigns.

Materials Used
I used Vanna’s Choice worsted weight yarn (white, bluebell, sapphire) and my favourtie 4.5mm Clover Amour hook (a smaller hook than the specified size to obtain a tighter gauge). This resulted in a slightly smaller toy (8.5″), so he became a donkey rather than a horse 🙂
For the stuffing, I used organic kapok.
The eyes and leg joints are spare buttons from my button box. 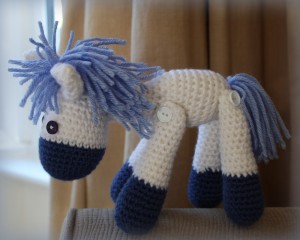 Although the pattern is not difficult, it is not written in the format I am used to for amigurumi – the pattern is not written round by round, stating the stitch count you should have at the end of each round but rather in sections which means it can be easy to lose where you are if you are not experienced and/or if you are not concentrating. For many sections of the pattern there is no stitch count given at all so you can’t check easily for mistakes.
Other than that, it is a good pattern, with lots of images, presented in a clear format.

Difficulty
As mentioned above, it is not a difficult pattern, however, you do need to concentrate as the pattern in not worked per row/round which means that unless you place a stitch marker after section, it can be quite easy to lose track of where you are. 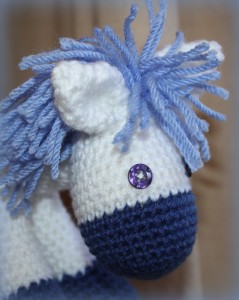 The parts I found trickiest were the sewing of the head onto the body and attaching the legs. The legs are particularly fiddly as you are instructed to sew on the left and right legs, along with the corresponding buttons, simultaneously.The buttons I had available had holes that were too small for my darning/wool needle so I used a normal, sharp sewing needle and white Gütermann cotton thread.
It’s also quite tricky to bunch and tie the threads for the mane and tale tightly enough so that they don’t pull through easily.

Result
Overall, I am really pleased with the finished toy – he’s a cute little chap that can stand or sit and definately seems to have a personality. I am a little bit concerned as to how robust the mane and tail are – there is a potential for them to be pulled out so I would probably not allow a baby or young toddler to play with this unsupervised.

Future Modifications
If I were to make this again I think I would make the body slightly bigger and try to find an easier way to attach the legs – perhaps I’d tack the buttons into place on the legs first so that the whole process is less fiddly.